Thank you for your service and your interest in the University of Pittsburgh Joseph M. Katz Graduate School of Business. At Katz, we believe two things to be universally true: Business never stops reinventing itself, and neither should you. As a global, AACSB-accredited institution, we offer MBA, Executive MBA, PhD, and Specialized Masters programs that are continually ranked among the world’s best by independent publications. Contact us to receive more information on our programs and offerings. Learn more about our students, alumni, and various campus partners that share our dedication to recruiting high-quality active duty and veteran students.

University of Pittsburgh Katz MBA: BY THE NUMBERS

7% % Students Enrolled who are Veterans

Many military veterans have accelerated their transitions by attending the University of Pittsburgh Katz MBA program. Click their photos to learn more about why they decided to pursue an MBA, how they chose Katz, and what they’re doing now! 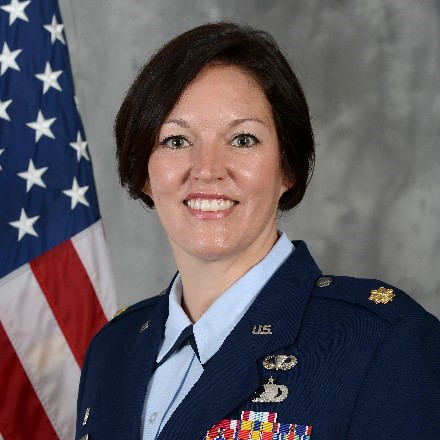 Commander of the 22d Comptroller Squadron

Commander of the 22d Comptroller Squadron

Bio Major Emily P. Bulger is the commander of the 22d Comptroller Squadron to include the Wing Staff Agencies, 22d Air Refueling Wing, McConnell Air Force Base, KS. She is responsible for commanding 143 military and civilian personnel. Major Bulger serves as the Chief Financial Officer to the Wing Commander and senior staff. She plans, distributes and executes the 22d Air Refueling Wing’s 93 million dollar budget. Major Bulger is also responsible for providing military, civilian, and travel pay services to the over 4,450 Wing personnel. She also provides financial oversight to 12 Wing non-appropriated fund activities with a combined income of $4.5 million dollars annually.

Maj Bulger graduated from the United States Air Force Academy (USAFA) and was commissioned into the Air Force in 2005. She earned a Master of Business Administration (MBA) degree from the University of Pittsburgh in 2006. Following receipt of her MBA, Maj Bulger provided financial services and analysis to an air base squadron on a North Atlantic Treaty Organization (NATO) Air Base in Geilenkirchen, Germany. In 2009, Maj Bulger returned to the USAFA and served as an assistant professor in the Department of Management, instructing cadets in both managerial and financial accounting and serving as the executive officer. She also provided J8 joint resource support to Special Operations Command Central Command forward headquarters at Al Udeid Air Base from June 2013 to June 2014. Most recently, Maj Bulger completed an Air Force Academy-sponsored doctoral program in Strategic Management at the University of Pittsburgh. Her dissertation focused on the influence of organizational language and leadership on operational improvement and innovation. Major Bulger married her husband Andrew in 2007, and they have two children, Veda and Rosalyn.

Why I chose to pursue an MBA “When I was a cadet at the United States Air Force Academy (USAFA), I decided to major in management because I enjoyed the faculty as well as the applicability of management principles and courses to being an Air Force Officer.  For those interested in pursuing an advanced degree and returning to teach at the USAFA, there was an opportunity to attend a one-year Graduate Studies Program (GSP) immediately upon graduating and being commissioned a second lieutenant.  I thought GSP was a chance to further my education goals and allow for future career broadening experiences outside of my career field of Financial Management. Therefore, I applied for the GSP in order to earn my MBA. I had to find a school that offered a 1-yr program with a fixed tuition rate, requiring a scholarship for anything above and beyond.”

Why I chose Katz “A few of the faculty members in the Department of Management had attended Katz for their MBA and had nothing but great things to say about the program and the area of Pittsburgh. I looked into Katz and couldn’t agree more. They were consistently ranked as a best value school. In addition, the Katz faculty and administration were so easy to work with, always flexible and willing to work within military stipulations and timelines. The program also fit the GSP requirements, offering a 1-yr program and agreeing to offer me a scholarship for the difference. To top it off, I fell in love with the city of Pittsburgh…and met some good friends in the process, to include my husband!” 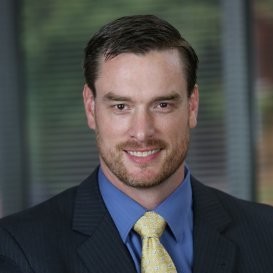 Why did you pursue an MBA? “I evaluated my interests, goals and skills.  I knew that long term I would need to be an entrepreneur and run my own company to meet my life goals and be fulfilled.  I wanted to have a lasting social impact so I knew that I needed to go back to skill to learn the fundamentals of the career path I was going to choose.  I know I’m not going to be around long and I wanted to effectively put my energy towards my goals.”

Why did you choose Katz? “I wanted to stay in Pittsburgh and attend a school with a good reputation for experienced based learning.  I was impressed by the real world experience of the professors and their focus on teaching what is applicable in the job market.  My most memorable and impactful classes were taught by the adjunct professors who were successful in their respective industries before entering academia.” 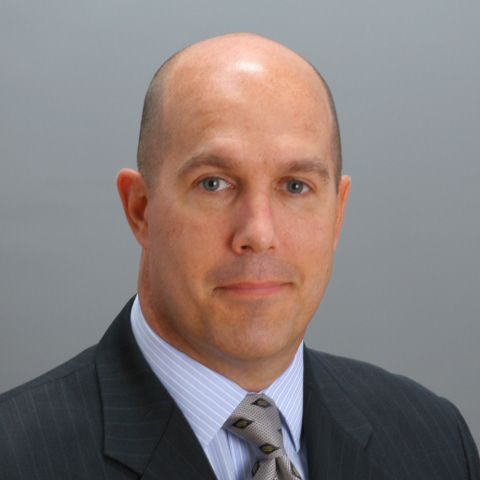 Why an MBA? “I returned from Iraq in 2005 and wanted to focus on my future career development! An MBA allowed me access to opportunities that would not have existed with only an undergraduate business degree.”

Why the University of Pittsburgh? “The Katz program is exceptional in so many ways. The global program provided great professors, classmates and insights into the international business world sphere. I would not be where I am today without the people I met in the program and the lessons learned during those 2 years.” 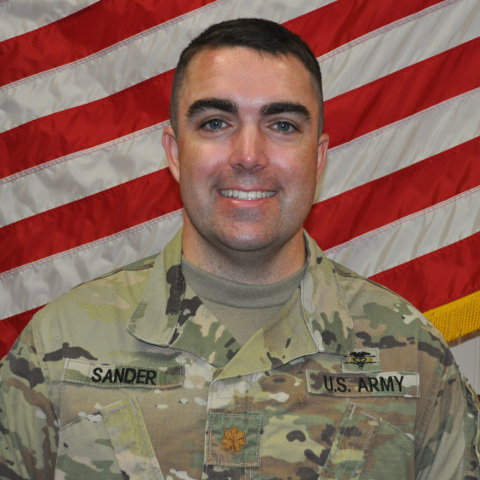 Bio Major Mark Sander is a native of Pittsburgh, Pennsylvania. He entered active service in the Army Medical Service Corps after completion of a Bachelor of Science Degree in Crime, Law, and Justice, from the Pennsylvania State University in 2005. He most recently completed his Master of Business Administration education in 2016 from the Katz Graduate School of Business, University of Pittsburgh.

Mark served in diverse roles ranging from Medical Platoon Leader in an Armor Brigade Combat Team; Aide de Camp for the Deputy Surgeon General for Warrior Care and Transition; Medical Planner for a Light Infantry Brigade; Logistics Officer in a Support Battalion; and has commanded a medical company that provided all medical supply and maintenance support to coalition forces serving in Afghanistan. He currently serves as the Deputy Commander for Operations (COO) of the theater medical logistics provider for all of South Korea, where he oversees a $47 million budget, and provides healthcare support for the more than 42 thousand forward stationed service members, DOD employees, and their families.

Living Stipends
may be available

GI Bill Varies
depending on your service

Automatic in state tuition for
all Active Military candidates

Complete the form and select each school below if you are interested in learning more about their program offerings and opportunities. A member of the Katz Graduate School of Business Military Admissions Team will contact you directly.